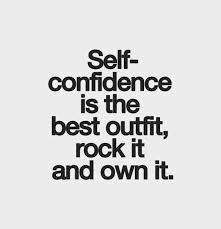 Hello all you pagans and witches out there,

If you follow this blog, my apologies, I've slowed down a bit with everything coming into the new 2020, good for me, bad for the blog itself. The web is running its mediocre self, but that is not good because the pagangrotto.us links database has been down screen shot wise. This is why we switched from spruz, emyspot was the go too but because its too expensive per year, we went to webs. :-(

I am thinking of building a personal site for me again as well, but I can't figure out which kinda site I would like to use.

You are probably wondering about the Pagan Collective and the DPG Traditions and all of this which I did promise weeks ago I would be working on that. Haha! Jokes on me this time. There really is not enough pagans in the world for me to continue with the Pagan Collective, because they seem to be doing whatever they like anyway. I can write it up and post it out, but is this an ego thing? I don't have ego so I have no idea why this was important, other than to let people know who are gay/bisexual know that Valiente did not mean homosexuality when she spoke about "all acts of love and pleasure are my rituals" in her poem, in a POEM the Charge of the Goddess, not law, NOT LAW in any kind of manner.

So also, could do the same with the grotto tradition, as there is a Church of Satan, There is a Temple of Satan, but there is no GROTTO of Satan, and as everyone knows Grottos are the place as well as the circle form/body of spiritual satanists. We're all about Satan as a mysterious deity, who is a member of the Mede priesthood and shamanism (Estruscani), which is apart of Heatheru and Paiga (Caysh-a-roo and Paysh-ya) ancient shamanism. I believe they were originally called Greis, or Gruis (Groos). Which is a landmass somewhat sunken in the lake or pond before it, on somewhat earthquake-y land.

I Can promise you I am eccentric but I am not crazy. This is 2020, why does the ideals of the "devil" still frighten people? In the term the last days and end of days from Christianity, year after year, no God ever comes back that we know of? Why are we still fearful over silly things? I am thinking with my mind here, not being a false prophet.

I choose to live as fearless as is possible, as should yourself. Why is the name Satan evil? I would like the leaders of the net to write here and answer this or the tweet I am sending out. What if the bible is translated wrong and Satan means "Friend" or "Survivor"? If you did today what they did in the OT and heap your sin on a lamb and send it into the desert wouldn't that ve cruelty to animals? Do you know you can not sell your soul to Jesus or to Satan? You are a soul, you can not sell it. It's supposed to be a metaphor. 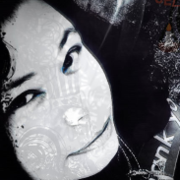 Ana Massien writes for tumblr, wordpress, ning, paganbook.space. She is 47 years old, single white female. German, Sioux and Romanian Ancestry.
She prefers if you consider her non humanoid or otherkin/therian. She is a Dark/Gothic/Nocturnal Pagan and Spiritual Satanist. She hates severely injustice.