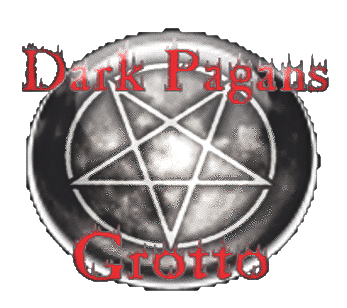 Note: This is probably going to piss someone off. But just because LGBT is a cultural movement in all forms of life, doesn't mean just because I am pagan or shaman that everyone will welcome it. I don't, and I am not. If that is what you do , then ok but one day you are going to wake up and realize you shouldn't have done things the way you did.

I have been pagan for over 22+ years. Never in my life have I seen a headline like the one below..and personally will never like to see it again.

Now, I normally don't share my disgust of the Gay pagan folks and the way they celebrate their sabbats. But how can this not catch your attention and turn your stomach? Storm Faerywolf's Article In TWH Now, I am dark and love Carnal as much as anyone, but the carnal I love is mature adult people loving or lusting one another. All Gay Pride aside, this is not how one should celebrate Samhain. Samhain (So ween or So ween a, or Hallowmas for others, is the pagan/witches new year supposedly) and I can see why he wants to get his crunk on but there is a way to still be reverent, than not.

This was just distasteful, which was probably the whole point. He wants a reaction. This is the gummie filling for the entire LGBT community to get a reaction. To be a reaction. To get some attention. To be the attention. Can you just stand in front of the mirror in your own home and do whatever it is that is sexually suggestive to you and your partners? The object of lust and love is to clearly keep it personal, or at best if you have to share it with everyone, then pick your own kind to share it with? True enough the entire wild Hunt staff may be into that whole culture and so on and if so then cool. But not everyone is who is Pagan. What are you, the Lords of my Dogtown and I just have to acknowledge the fact you are a "homo"? Isn't there a better way to say it?

Can't I have an opinion that we are pagans and we need to keep things reverent in regards to the Sabbats? Beltaine/Beltane and Samhain being two of the most important major ones of the whole entire year and most importantly are basically the same days, except one is the start of winter and the other is the start of summer.

Now I know I am a dark witch/shaman. I love my black tees and skirts and anything black really and my bat totem rings, coffin rings and my baphomet ring. My red hair with purple and blue within. I am a splat chic. But Halloween means something to us. Hallowmas means something to us. Samhain is a sacred day, time, night and being all on its own. Not just for Goths but Pagans, and Otherkin/Vampyres too. (Real ones).

I am tired of authors who are a [Scene] who fit in or want to be an [Activist] in a [New Rights Age Culture] who [disrepect it all] because it's expected of them.

I am probably the only one who spoke out who had a problem with the way he addressed the most holy of all Pagan days.

I am proud to be that person, and you can always count on me to have an opinion about why Kids need Chaperones at the Halloween Parties.

Be Reverent, and if you can't, stay in your lane, your [scene] and we will stay within our own tradtions.

But I don't agree with how he chose to phrase Halloween as "Gay Christmas". The darkness and the spook stuff mean things to others, and from one misunderstood community to the other, please just try to have more respect.

I am a straight, asexual being. I am asexual in the way of my energy where I could be felt as a guy energy or a female energy or neither, and have thing or entity energy. I am an elemental strigoi vampyre, who is also an incubi. Incubi does not denote sexual gender. It is not just male, it is both male and female "tantric vampyre". Succubi is an Upyr. I am not into the LGBT Lifestyle as I see it as a detestful thing to my temple. Sometimes I see straight sex the same way. I do however enjoy sex freely and with my own kind (Vampyres/Tantric and Tantris but only men.) Most LGBT attention seekers are pedophiles trying to have nastee sex in public forums and areas. If its love, you won't be seeking attention. No one cares to see two grown men humping one another in public. It's considered a strike out against the mature sexual person to try and get in their line of sight and start to hump each other like their having a seizure. Disgusting!

I hope this Samhain many of a man or female of the LGBT community will feel the comfortable darkness of this dark evening and they will be enlightened by something other than perversion.

This is how originally pagan and heathen traditions started to slip to begin with and Christianity took over, Gays did their thing even then. I love my old reverent ways. Haile Satanis.

Blessed New Year to those who celebrate. 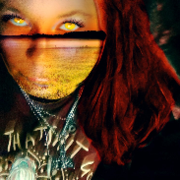