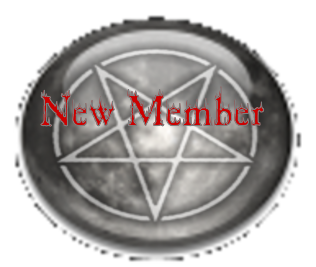 Have you ever had the unfortunate op to have a conversation with someone on a pagan social only to learn they are not what they said they were? We take profiles so literal! Pagan Catfish! Who would have thought of it?

Many pagans feel insecure, and or believe the computer screen gives them the right to lurk. They will say they are a female, May even look female, sound female, etc. They are a man. This is getting more and more common on pagan websites and communities, even the vampire communities and so on. They either do this because their gay, their bisexual, or they prefer to be a woman as they believe a pagan woman webmaster has more friends and more rights to themselves, or they are pretending to be someone else.

How to win back trust?

The Fake gender webmaster thinks they are some sort of God. Meanwhile, you may have confided in them in some way because they were a trustworthy female. To you, and to me, the world is possibly destroyed while the smug pagan webmaster looks on at you like he really knows you. He may further prey on your being, hoping you will make him feel useful again and confide in him. This will make him feel less guilty and less worried than you aren't that screwed up over this whole freaky process. He may even assure you he's some form of therapist! These are the worst sort as they use their license to help those they lie to and prey upon. It doesn't bother me really what pagan men or women know about me I am comfy confiding to either sex. If I didn't want them to know, I wouldn't be talking to anyone about it.

The bottom line is if trust is broken, it will remain broken. There is nothing they can technically do to make this better. This is a done steak with the fork in it.

It is all up to you. Can you continue to be their friend after this act of untrustworthiness? Why would you want too? These are good questions to ask. If they did this there is no telling what else they are keeping from you or lying about.

Tags: catfishing, fake people, fake persona, he was a man ok, this chic is a dood, pagan webmasters pretending to be someone else
E-mail me when people leave their comments –
Follow
Posted by Ana Massien