Magick is real! The Veil is not!

In ancient times, and today's folklorist witch covens and solitaries, who think they are magickal, who can feel the thinnest of the veils and the approach of the ancestors, let me tell you something: You are faking it. Yep, because there is no "veil between worlds" as "worlds are not between anything" and the ancestors don't approach, because if they were spirits, they'd still be here. Nice thought, (Maybe?!) But, if you have had obe's and you've died (like me) and you came back (obviously like me, thankfully lol) then you will know that going before your time, sans surgery, you may see what some refer to as a tunnel of light. If you are medicated and in surgery you'll not see a thing, because your senses are lubed up (and your conscience mind is down) I am not saying that no one has ever seen a ghost or felt a familiar spiritual presence of a loved one former, but it's now quite rare as the ghostly worlds we knew once have been cleansed out and allot of former spirits released and moved on elsewhere. That is magick, too.

People think that if we are here and grief is large, then our ancestors would surely come back to us if they could feel our pains. As there must be a veil to keep the worlds apart so the dead can rest and we can go on with our lives.

Thing is, everyone wants to fit in, so they say they feel something when they don't, because they are supposed to sense or feel "blank" when Samhain arrives. A fire festival to celebrate the last summer harvest and the start of winter, is what Samhain became 3500 years ago. Originally it was a fire festival to begin the start of summer, because the world at one time only had two seasons, summer and fall. 35000 years ago.

Samhain, being Gaelic means "Fall's end" which for that time period was the start of the summer festival. Lithuin'e or today's Lithia (Lye-theen) means "Fall's Start". because they are the same in length, even though this is supposed to be midwinter/midsummer. Originally, Lithuin'e was the "yule" even though, this does not add up thanks to other seasons and other sabbats marking our overly now long calendar. Originally pre Julian calender at this time period was 5 months summer and 5 months fall, a 10 calendar year.

Rest assured there is no veil whisking us apart between life and death. When you die, that is it, your spirit goes on to other things elsewhere or its just done, or you come back.

So stop saying you know there is a veil. You don't know and are just copying what other witches say and do. Be original. But most people can't feel or sense energies so you can't know if there is a veil or not.

It is something that gypsy and upyr witches started saying 70,000 years ago to make up for the things they lacked. That isn't witchcraft. 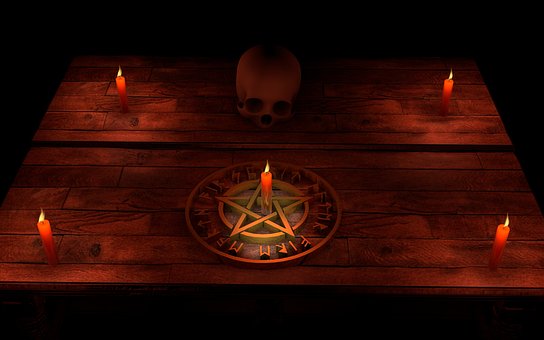