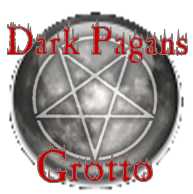 The wild hunt has reported on a disturbing news trend out of New Forest in England, about sheep stabbed, defaced with occult symbols spray painted on them. Being Pagan and a spiritual Satanist I can say (as well as an opinionated blogger) that this is unfortunate news. My Org and Chapterhead does not recognize any sort of torture to animals (not mentioning the use of food, as I am not a vegan). But It seems to me this is an "Old ways Coven" trying to showcase they have power over animals in some sick disturbed way. Someone up there in New Forest probably knows who is doing this and isn't reporting to the authorities, and it could be some sicko's way of trying to start more witch trials, which is sad.

What I mean by old ways coven is people who are Lupi(ne) trying to start up their old religions. If sheep and other animals are allowed to roam freely then any wack job who thinks they can restore their livelyhood (being a lupine) to their forms by doing this to animals and treating them as lesser so they can be seen as more, could get to them, hurt them and or even kill them.

Being as one sheep was spray painted with a symbol, ask yourself where did the paint come from? If there are limited stores in New Forest with that kind of paint, chances are, you could slim down the number of people who have access to it.

Then go to that store and see who's been in to buy that kind of paint. Make a list and then find that wacko before others are hurt as well.

People are doing all kinds of synthetic dope these days and something tells me this type of thing has made some people up there in that area wacked.

I do not understand nut jobs who think they are better than other people and animals and that they have the right to hurt people or animals because they think their superior in some way to life. These people aren't pagan or satanist. They are just stupid.

If Lupines want to start up their old religions, then please do it in a clean way, you know that dirty mess does not make any sense and you know that folklore never worked for you all before.